One of the most debilitating repercussions of such short-sighted decision-making remains the long-term oil bonds worth Rs 1.44 lakh crore.

In Kaun Banega Crorepati, contestants in a tricky spot had the option of “Phone a friend”. During the UPA government (2004-2014), this term assumed a new meaning. Thousands of crores of unsecured loans were dished out by public sector banks to the likes of Vijay Mallya, Nirav Modi and Mehul Choksi on a mere phone call. In some cases, defaulters managed to get new loans to pay off old debts.

I had written a piece in 2014 that a “Swachh Bharat” campaign for cleaning the Indian banking system of non-performing and restructured loans worth $100 billion would be required and that this would be a herculean task. Finance Minister Nirmala Sitharaman delivered just the remedy in this year’s budget — a bad bank and an asset reconstruction company to resolve the non-performing loan issue and push lending to entrepreneurs.

Such was the extent of Congress’s benefaction to their khaas aadmi that the then Prime Minister Manmohan Singh went on record saying “as far as the charges of corruption are concerned, coal block allocation as well as 2G spectrum allocation were both in the era of the UPA-1. So, the people of India do not seem to have paid heed to all these charges of corruption which are levied against me or my party.” The 2010 CWG scam, the 2013 Augusta Westland chopper scam and the many others would later compel Singh to hope that history is kinder than the mandate of the people of India.

Such was the magnitude of these missteps that 2004-14 has been called “India’s lost decade”, with the UPA government favouring short-sighted electoral gains over long-term national interest. The UPA inherited an economy with strong macroeconomic fundamentals from the Atal Bihari Vajpayee-led NDA, but, in 2014 left behind a high fiscal deficit, spiralling prices and stalled public works projects.

India chose the visionary, strong and resolute leadership of Prime Minister Narendra Modi to undertake bold decisions like the abrogation of Article 370, the introduction of GST, and a peaceful solution to the Ram Janmabhoomi issue, in the greater interest of the nation.

India also embarked on an unprecedented scale of urban transformation spending over Rs 11.5 lakh crore in the past seven years compared to just Rs 1.57 lakh crore between 2004-14. Under the NDA government, the length of National Highways has gone up by 50 per cent from 91,287 km (April 2014) to 1,37,625 km (as on March 20, 2021). The impact of the Modi government’s focus on infrastructure development and economic rejuvenation can be gauged from India’s ascent in the World Bank’s Ease of Doing Business 2020 list to its highest-ever ranking of 63.

When the late Arun Jaitley assumed office as finance minister in 2014, he had to first deal with unpaid subsidies amounting to more than Rs 1 lakh crore. We inherited a subsidy programme which had many leakages. The transformational DBT-PAHAL programme has helped in weeding out 4.49 crore dummy LPG connections and along with our “Give it Up Campaign” has saved the national exchequer Rs 71,301 crore. Total gas connections have more than doubled to over 29 crore, while over 8 crore free connections have been given to the needy under the Ujjwala Yojana.

Yet, one of the most debilitating repercussions of such short-sighted decision-making remains the long-term oil bonds worth Rs 1.44 lakh crore issued in lieu of under recoveries to OMCs. The current government has paid over Rs 70,000 crore in interest in the last five years on the oil bonds itself. We’ll still have to pay an interest of Rs 37,000 crore by 2026. Despite interest payments, over Rs 1.30 lakh crore of the principal is still pending.

Notwithstanding this burden, the rise in fuel prices has been hugely exaggerated. While the price of benchmark crude oil has risen 362 per cent since 2020, the 30 per cent rise in petrol prices between 2014-2021 is the lowest in comparison to any seven-year period in the past four decades. Also, while tax collections per litre by the Centre on petrol and diesel have remained the same in the last one year, tax collections by state governments have been rising as they are on an ad-valorem basis.

Today, 42.83 crore bank accounts have been opened under the PM Jan Dhan Yojana, 1.98 crore families have a roof over their shoulders thanks to the PM Awas Yojana, 2.81 crore households have electricity due to the Saubhagya yojana, 11.29 crore toilets provide access to sanitation under the Swachh Bharat Mission, 8.03 crore women have free LPG connections under the PM Ujjwala Yojana, 4.5 crore families are getting tap water after the launch of the Jal Jeevan Mission, 1.99 crore free medical treatments have been availed under Ayushman Bharat, free foodgrain was provided to 80 crore during Covid-19 and more than 10 crore farmers have received over Rs 1.5 lakh crore directly into their bank accounts under the PM Kisan Samman Nidhi Yojana. As we mark [email protected], India is running the world’s largest vaccination programme with more than 57 crore people having received the vaccine.

On the occasion of Azadi ka amrut mahotsav, the Prime Minister has given a clarion call for Sabka Saath, Sabka Vikaas, Sabka Vishwaas and Sabka Prayaas for achieving saturation of all welfare schemes so as to not leave a single Indian behind. In the words of Swami Vivekananda, “The present is determined by our past actions, and the future by the present.” Guided by the forward-looking vision of the Prime Minister, we do not work today for holding onto the reins of power tomorrow. We strive forward with the responsibility and mandate of fulfilling the glory that India can be proud of 25 years from now. 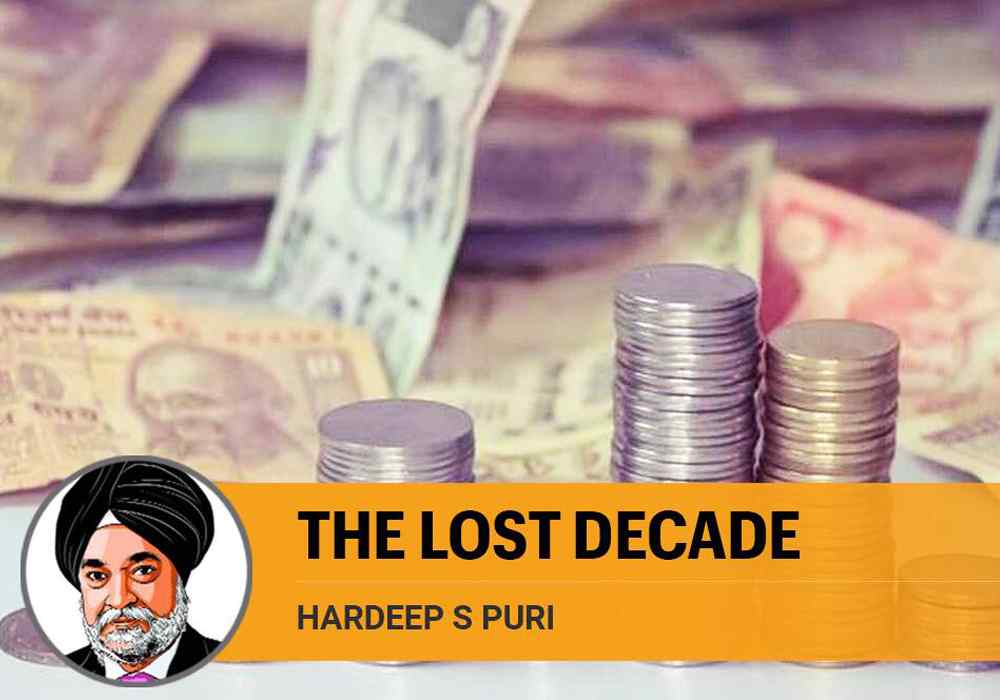 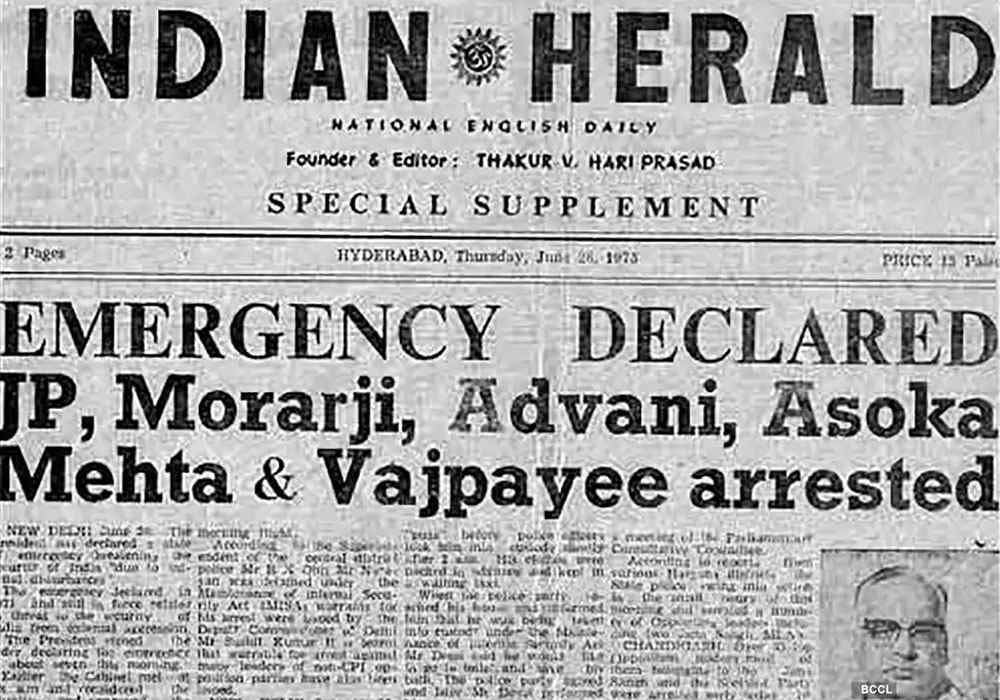 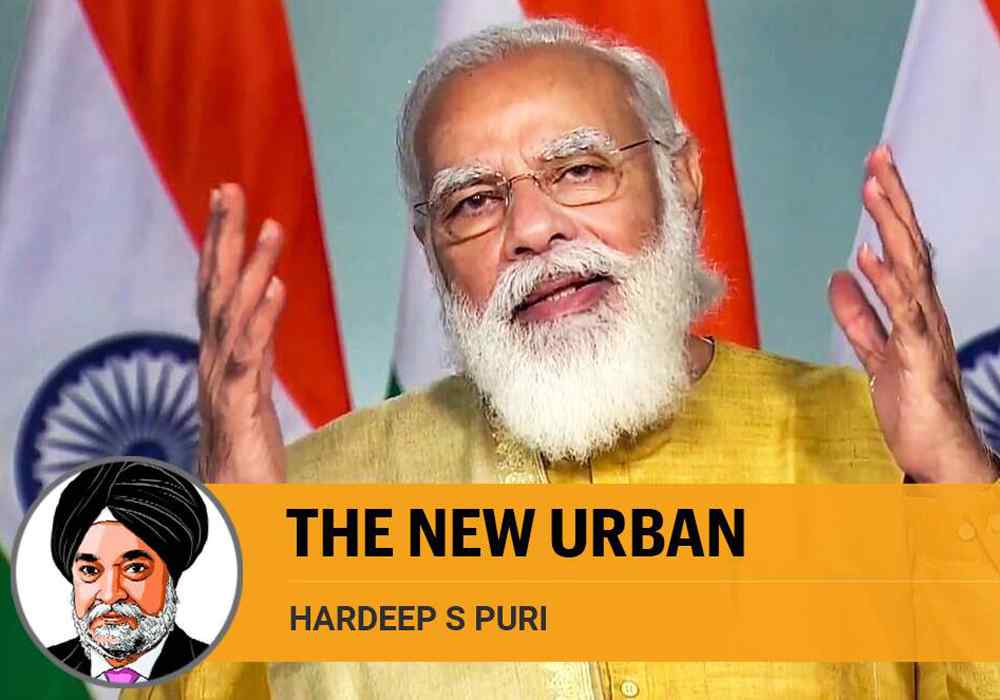 The government under the leadership of Narendra Modi is re-writing the way citizens define their future.... 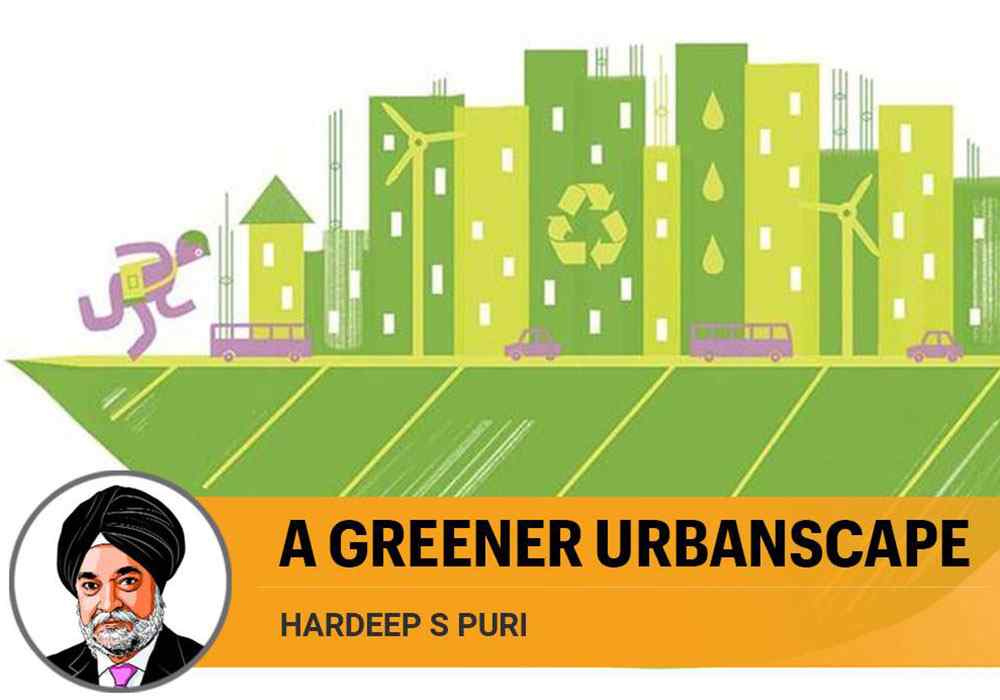 While the pressures of development have grown, so has our ability to adapt our societies, economies and politics for a green and h... 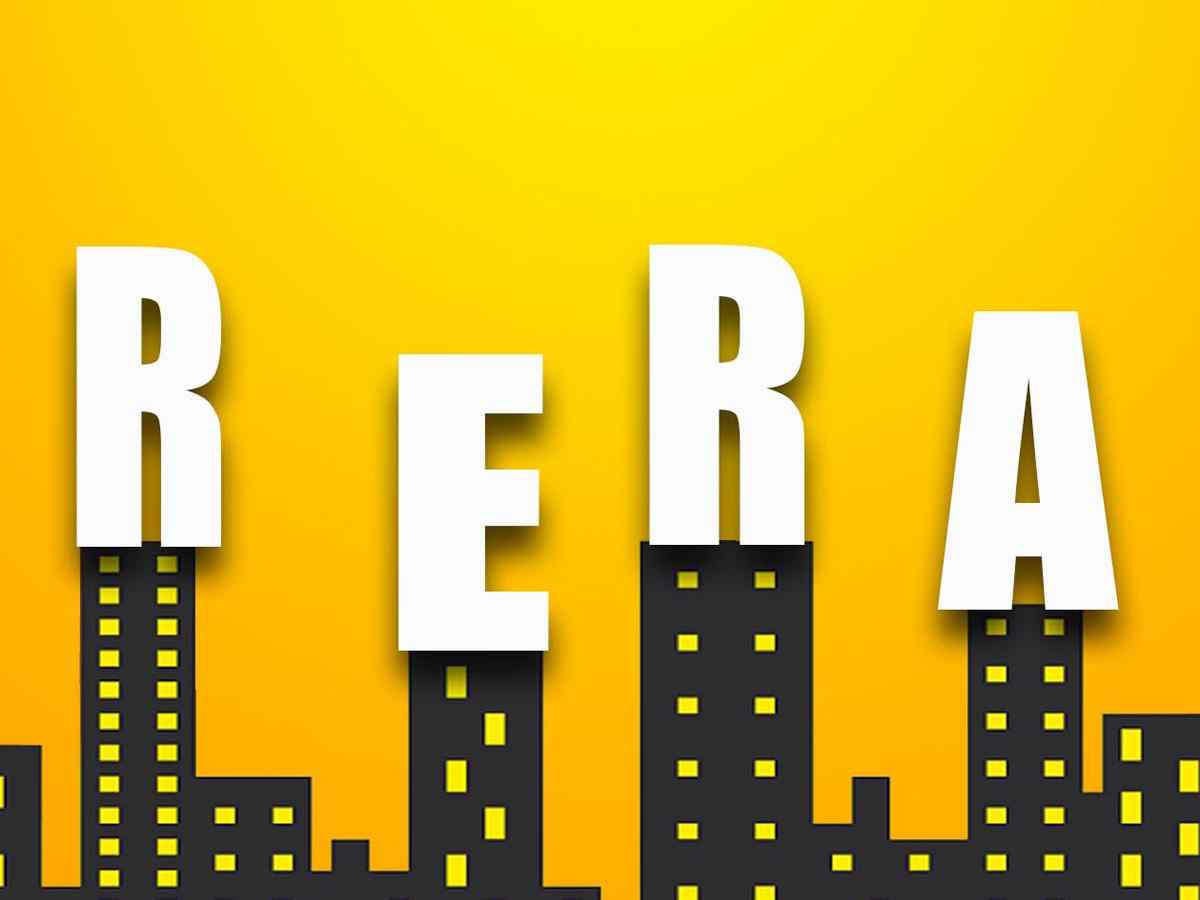 Consumers are the fulcrum of any industry, the protection of whose interests is central to its growth and development.... 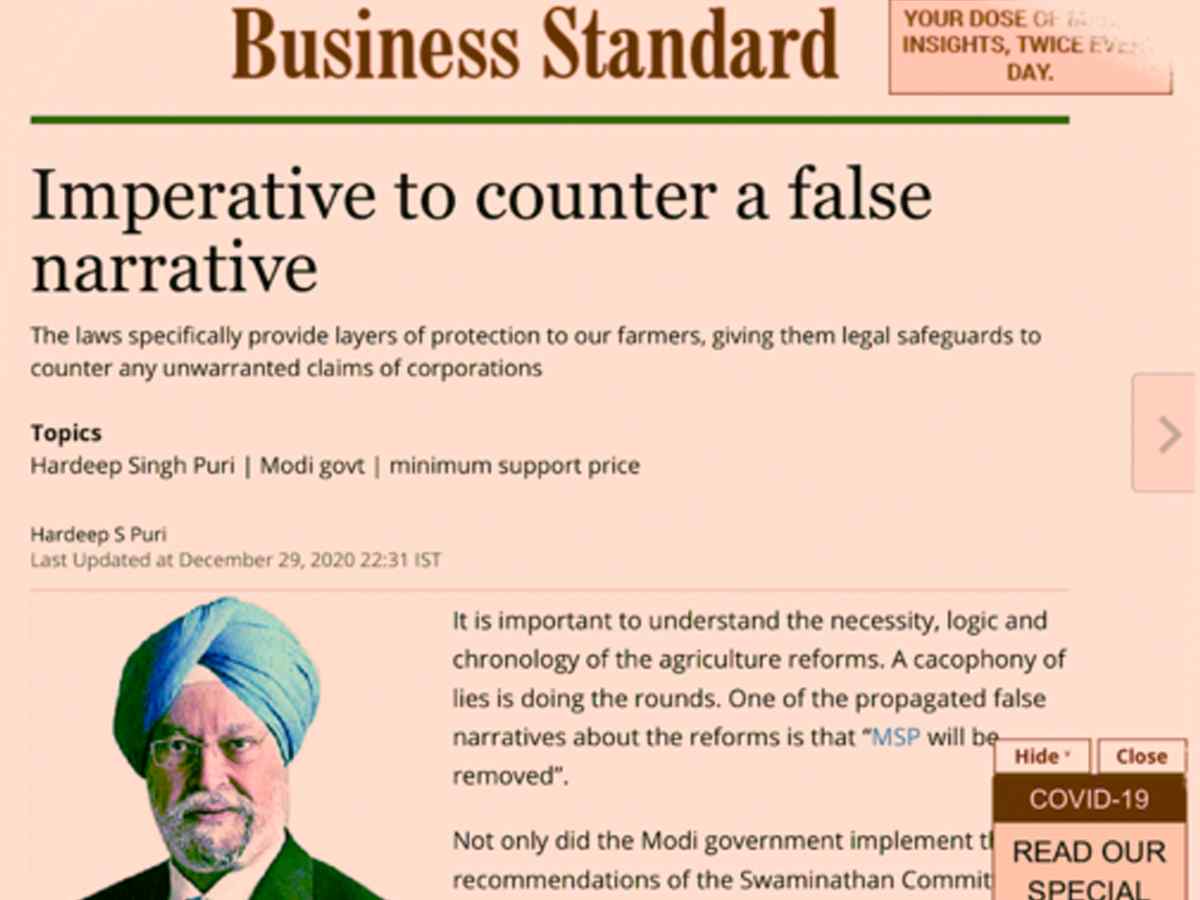 Imperative to counter a false narrative

Why would the government introduce these three laws, specifically bringing about ecosystem reforms, if all it wanted to do was to ...