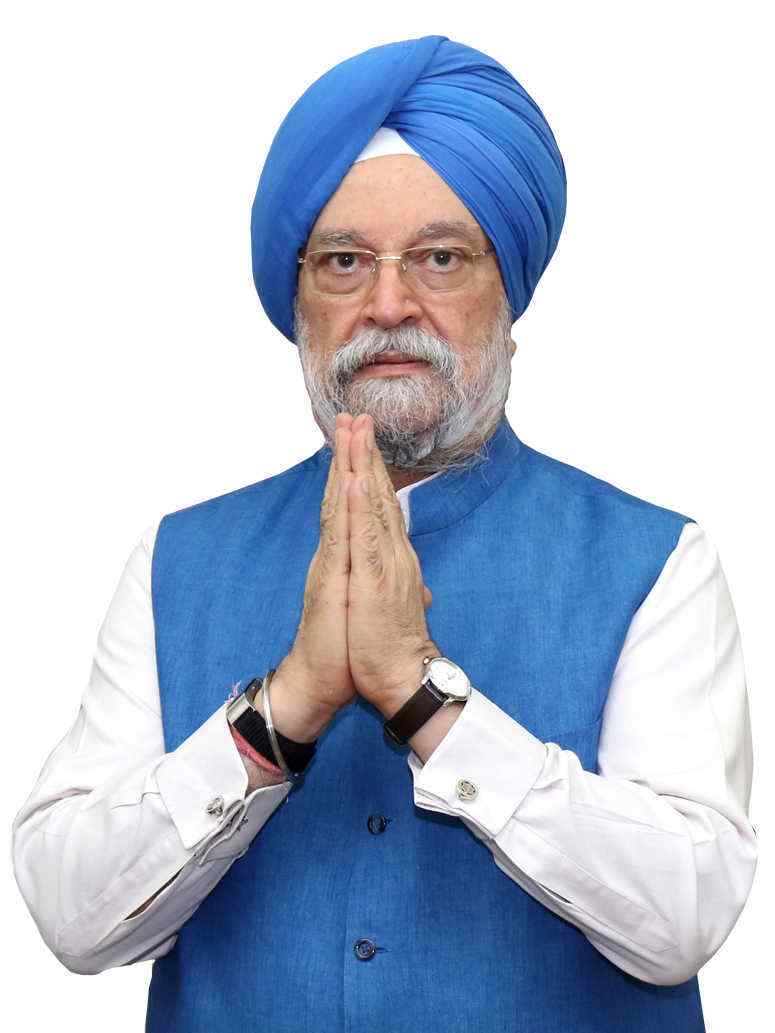 Minister of Petroleum and Natural Gas & Housing and Urban Affairs, Government of India

Shri Hardeep Singh Puri is an Indian Politician, Former Diplomat and Author. He was inducted into the Council of Ministers as Minister of State (Independent Charge) for Housing and Urban Affairs in Sep 2017. He was given additional charge of Minister of State (Independent Charge) for Civil Aviation and the Minister of State for Commerce and Industry in May 2019. He was sworn in as Union Minister in July 2021 and currently, he is the Minister of Housing and Urban Affairs & Petroleum and Natural Gas. A 1974-batch Indian Foreign Service officer, he served as the Permanent Representative of India to the United Nations in Geneva and New York and served additionally in Tokyo and Colombo.

Born in Daryaganj, Delhi (India) on 15 February 1952 to a family of refugees, Shri Hardeep Singh Puri’s father Sardar Bhagat Singh Puri Ji and Mother Sardarni Kundan Puri Ji had to initially live in a refugee camp and start from scratch. Despite facing personal difficulties in those tumultuous times, his parents always accorded great importance to education which is why they assured that their kids receive a good education.

Born in a middle-class Sikh family, he inherited his beliefs such as equality, service to others, and inclusiveness, and throughout his life, his parents have been his role models.

His father was a diplomat who served in many countries. Since there was no option for English-language education in these countries, Shri Hardeep Puri lived with his grandparents and attended boarding schools in India, including The Frank Anthony’s Public School in Delhi. He spent some of his early childhood years in Bonn, Germany, while a few of his teenage years in Birmingham, the UK.

Post schooling, he earned a Bachelor of Arts (First in order of Merit, 1971) and Master of Arts (First Division, 1973) in History from the Hindu College, Delhi University. During his college days, he took a deep interest in student politics and was elected as Prime Minister of the Hindu College Parliament. Before joining civil services, he worked as a lecturer of History at St. Stephen’s College, University of Delhi, where he remained actively engaged in student politics.

He fulfilled his foremost passion of politics for serving the people with his retirement after 39 years in diplomacy when he got the opportunity to enter the political mainstream and joined the BJP in 2013.

His oratory skills move the audience. Known for his natural and conversational speaking style backed by extensive knowledge, diverse experience, and razor-sharp memory, he leaves an unforgettable impression upon his audience, creates a bond, and inspires them. Also, Shri Hardeep Singh Puri was an ace debater in the college winning numerous awards, including The Mukarji Memorial Inter-Collegiate Debate.

A 1974 batch Indian Foreign Service (IFS) officer, Shri Hardeep Singh Puri has served at several key positions in the Ministry of External Affairs and the Ministry of Defence during a career spanning nearly 39 years. Before holding ambassadorial level assignments as Deputy High Commissioner of Mission in the UK and Ambassador of India to Brazil, he served India's mission in Tokyo and Colombo.

As the First Secretary (Political) at the Indian High Commission in Colombo, Shri Hardeep Puri went to Sri Lanka’s Jaffna peninsula and met The Liberation Tigers of Tamil Eelam (LTTE) chief V Prabhakaran in 1987 and succeeded in persuading him to hold talks with New Delhi. This followed the signing of the India-Sri Lanka Accord in July 1987.

Shri Hardeep Singh Puri, as Deputy Ambassador of India to the UK from 1999-2002, facilitated the establishment of ‘Friends of India’ groups in all major political parties in the European nation and launched programmes to broad-base bilateral economic ties by reaching out to all its regions.

In his role as Ambassador to Brazil from 2006-2008, Shri Hardeep Puri oversaw the transformation of bilateral relations encompassing exponential increase in trade, investment, technological, defence and energy cooperation, including the path-breaking India-Brazil-South Africa (IBSA) initiative and BRICs related dialogue.

As Joint Secretary (Americas) at the Ministry of External Affairs in New Delhi between 1992 and 1994, he transformed bilateral relations in the area of Security and Strategic cooperation, Human Rights, Science and Technology Cooperation, and economic and business partnerships. He also led the Indian delegation to the 2nd and 3rd rounds of Indo-US dialogue on Disarmament and Non-Proliferation.

Shri Hardeep Singh Puri was the first IFS Officer to be Joint Secretary at the Ministry of Defence, New Delhi and seconded to serve as Head of Division responsible for the Indian Navy from 1994-1997. He headed the Defence Planning and Coordination Division responsible for Army-Air Force-Navy cooperation as well as coordinated India’s international defence cooperation.

Shri Hardeep Singh Puri gained extensive experience in multilateral diplomacy in foreign services. Apart from being the first turbaned Sikh to preside over UNSC, he is the only Indian to have chaired its counter-terrorism committee. He served thrice as India's member to GATT and as India's Permanent Representative to the UN in Geneva (2002-2005) and New York (2009-2013).

In 2002, he was appointed as a Permanent Representative of India to the UN and other international organizations in Geneva and served till 2005. It was during his tenure that the first-ever public health treaty ‘the Framework Convention on Tobacco Control’ was facilitated. His major contributions during this tenure include the adoption of the Sao Paulo Consensus in the UNCTAD XI ensured help for developing countries to participate equitably in the world economy. World Summit on Information Societies 2003 and 2005 aimed at bridging the global digital divide between the rich and poor countries by increasing Internet accessibility in the developing world. Establishment of Human Rights Council and creating the development agenda of World Intellectual Property Organisation. Facilitated the UNGA64 agenda which lead to the establishment of UN Women.

Shri Hardeep Singh Puri has a long association and specialization in handling trade-related matters. He joined the UN in Geneva for a UNDP project to support developing countries' negotiations in the Uruguay Round of Trade Negotiations. He also worked as a coordinator of the Multilateral Trade Negotiations Project of the UN Development Program and UN Conference on Trade and Development, which advised developing countries in the Uruguay Round. In 2003, he was positioned as the head of several Dispute Settlement Panels of GATT and WTO.

After retiring from the IFS on 28 February 2013, he joined the International Peace Institute (IPI), a non-profit think-tank headquartered in New York as Vice President. Later, he became the Secretary-General of the Independent Commission on Multilateralism (ICM).

Shri Hardeep Singh Puri discovered his life’s calling of joining politics and serving the people of his country early in his life. He recognized the fact that law and politics are deeply intertwined and are an essential tool of governance, thus he studied law so that once he joins politics, he could play his role effectively. During his college days, he was actively involved in student politics as part of ABVP in Hindu College. In 2014, he formally joined Bharatiya Janata Party and in Sep 2017, he was inducted in the Council of Ministers as Minister of State (independent Charge) for the ministry of Housing and Urban Affairs. In May 2019, he was given additional charge of Minister of State (Independent Charge) for Civil Aviation & Minister of State for Commerce and Industry. In 2020, he was elected unopposed to Rajya Sabha from Uttar Pradesh and in July 2021, he was appointed as Union Minister of Petroleum and Natural Gas & Housing and Urban Affairs.

Shri Hardeep Singh Puri met his wife Smt Lakshmi M Puri while serving as an IFS officer. Smt Lakshmi M Puri, then a fellow IFS officer, served as Ambassador and Assistant Secretary-General at the UN and Deputy Executive Director of UN Women in New York. They have two daughters who have grown to be independent and empowered women.

Shri Hardeep S Puri has authored three books, namely, ‘Separating the Wheat from the Chaff: Decoding Dominant Narratives’, Konark Publications, July 2019; ‘Delusional Politics: Back To The Future’, Penguin Random House, January 2019; and ‘Perilous Interventions: The Security Council and the Politics of Chaos’, Harper Collins, September 2016. His other books are in the pipeline. He also contributes articles within the country and outside.

India has one of the youngest populations in the world and it opens plenty of opportunities for the nation. As of now, we are not tapping the full potential of women’s abilities for the formal economy. Shri Hardeep Singh Puri recognizes these as the two major prospects for India on its march towards becoming a $5 trillion economy. He believes that education, empowerment, employment, and skill development of our women and youth will lead the country to prosperity. Following the footsteps of Hon’ble Prime Minister Shri Narendra Modi Ji, he gives priority to women and youth-oriented developmental aspects in all the schemes that his ministries implement and follow a gender-responsive approach by pro-actively promoting youth and women engagement. In the past, he also established various advisory groups to provide inputs on various aspects of urban life including one on gender equality & women’s empowerment in the urban spaces. 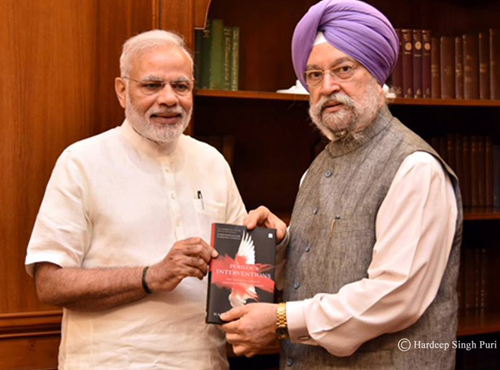 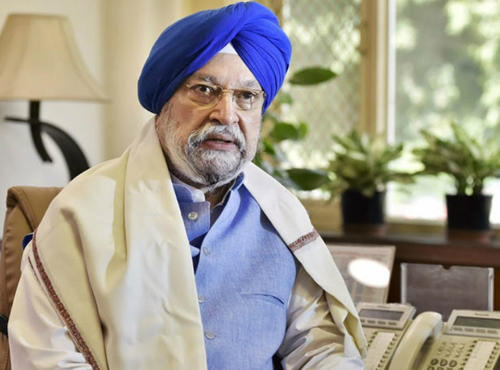 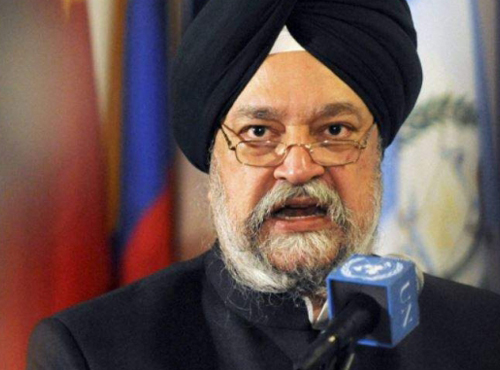 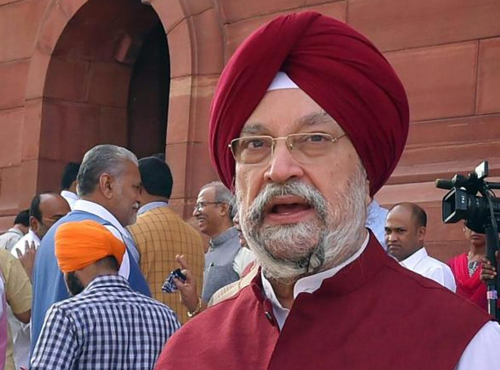