Hardeep Singh Puri imbibed the profound teachings and values of Sikh Gurus for leading the life and serving the people in his individual and institutional capacities. 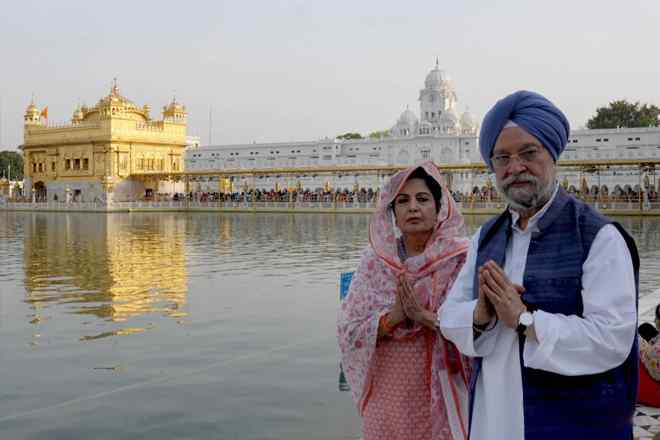 Hardeep Singh Puri was born in a middle-class Sikh family from where he inherited his beliefs such as equality, Sewa of humanity, Kirat and inclusiveness preached by holy Sikh Guru Sahibs. He follows the guidance of Guru Nanak Dev Ji, which has taught him that God is within and, therefore, serving people is serving God. This strong belief that stems from his childhood compelled him to join politics and serve his country and its people. As a follower of Sikhism, he is a staunch believer of ‘Chardi Kala’, which in the precepts of the religion, teaches to aspire for an egalitarian society and universal brotherhood.

Shri Hardeep Puri believes that his faith in the profound concept has helped him sail through the ups and downs of life and always reflected optimism in his outlook for the country. He also leads his life by abiding by the three pillars of Sikhism: 'Naam Japo', 'Kirat Karo' and 'Vand Chakko'. Notably, he also derives extreme courage and valour from his Sikh heritage that was visible in his professional space when he unhesitantly walked through land mines in Sri Lanka and met leaders of the LTTE to end the ethnic strife and bring durable peace in the region. 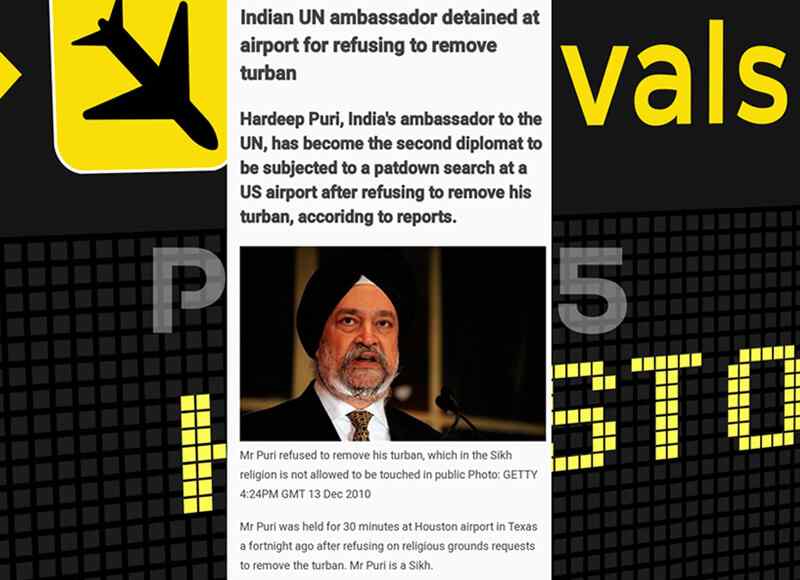 An incident at Houston Airport, Texas in 2010, clearly reflects the strength of belief that Shri Hardeep Singh Puri has always nurtured in his heart for his faith. He refused to allow the security personal at the airport to touch his turban which symbolizes self-respect and honour for every Sikh. He was detained at the airport for a while but refused to comply.

The officials finally relented and allowed him to go after his self-pat check. The rule that no Sikh will ever have to get turban touched by anybody at the airport came into force after this incident. 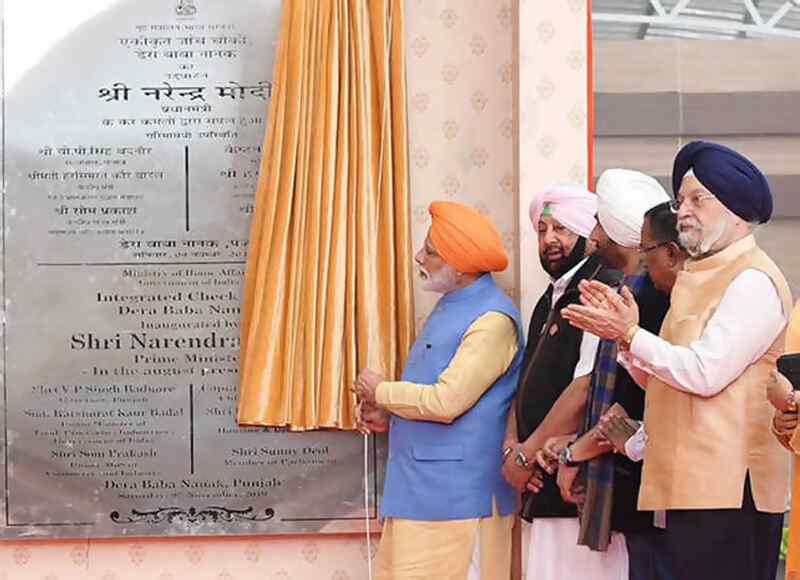 Shri Hardeep Singh Puri was closely associated with Prime Minister Shri Narendra Modi Ji’s initiative to open the Sri Kartarpur Sahib corridor. He paid obeisance at Sri Kartarpur Sahib Gurdwara in 2018, during the foundation laying ceremony and was a part of a delegation that visited the holy shrine when the much-needed corridor was opened on 9th November 2019. He considers these as important moments of divine blessings of Waheguru Ji who gave him this opportunity to be associated with these holy and momentous tasks. The corridor links Kartarpur Sahib in Pakistan - the final resting place of the Sikh faith’s founder – with the Dera Baba Nanak shrine in India’s Gurdaspur. 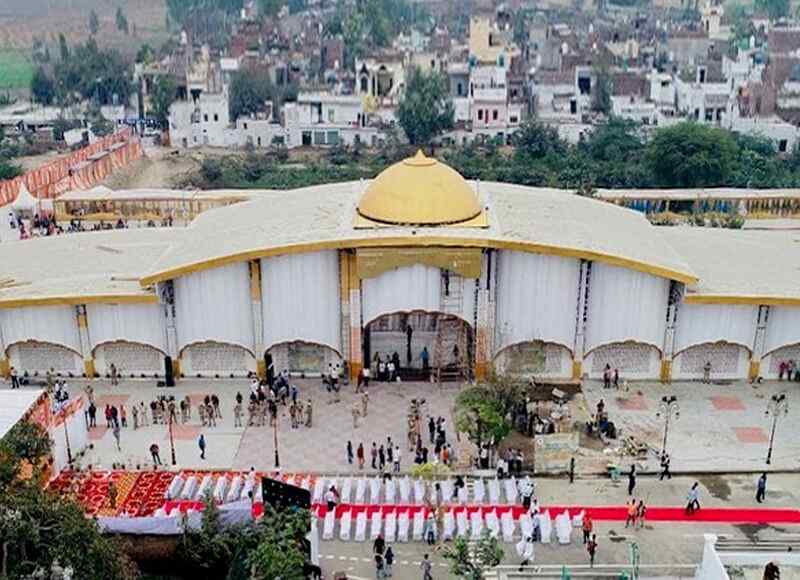 It is often said that 'Guru Granth Sahibs' offer opportunities of Sewa, and not humans who decide it. Shri Hardeep Singh Puri has been especially blessed in this regard. When three Saroops of Shri Guru Granth Sahib Ji came to India from Kabul, Shri Hardeep Puri got once in a lifetime opportunity as a devout Sikh to be present at Delhi Airport to pay obeisance and welcomed the three Saroops of Sahib Ji to India. 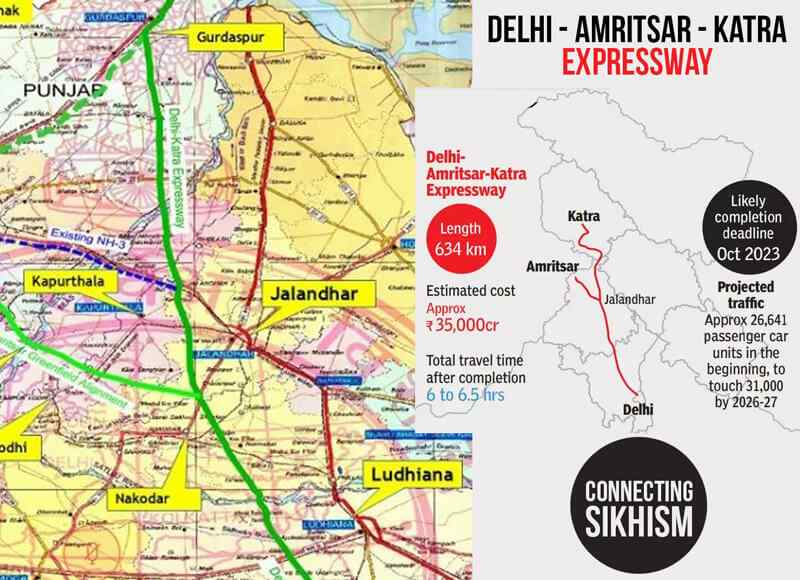 For the people of Punjab, he took up the matter with Shri Nitin Gadkari Ji, Union Minister of Road Transport & Highways for Delhi-Amritsar-Katra Expressway under Bharatmala Project and after his intervention, directions were issued to NHAI for developing Greenfield alignment to Shri Amritsar Sahib as part of the proposed expressway. This proposed change in expressway will connect the holy cities of five gurus of Sikhism. 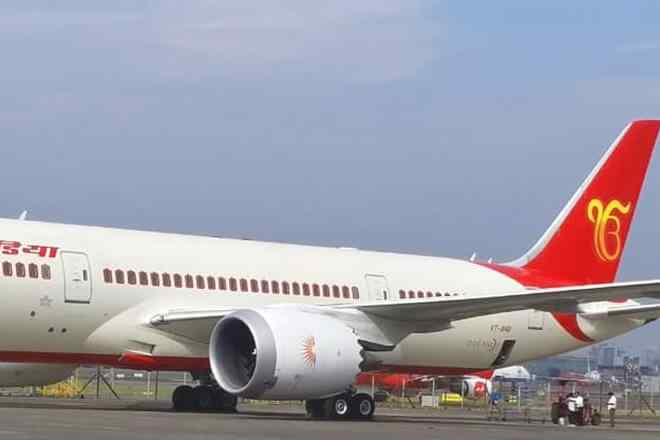