It is important to understand the necessity, logicand chronology of the agriculture reforms. A cacophony of lies is doing the rounds.One of the propagated false narratives about the reforms is that

It is important to understand the necessity, logicand chronology of the agriculture reforms. A cacophony of lies is doing the rounds.One of the propagated false narratives about the reforms is that ‘MSP will be removed’.

Not only did the Modi Government implement the recommendations of the Swaminathan Committee to increase MSP to 1.5 times of the cost of production but it increased MSP in the range of 40-70% in case of all crops and expenditure of procurement at MSP increased by 85% in 2014-19 from 2009-14. The budget of the Department of Agriculture has gone up six times in as many years.

MSP is an administrative mechanism. Why would the government introduce these three laws, specifically bringing about ecosystem reforms, if all it wanted to do was to remove MSP? If there was any thought of removing MSP, why would it keep on increasing MSP over the past five years?

Referring to the predicament of farmers, Shri Rahul Gandhi had stated in the Lok Sabha in 2015- ‘Few years ago, a farmer asked me about the cost of chips sold at Rs 10 when we sell potatoes at Rs 2/kg. If we directly give our produce to the factories, then the middlemen won’t benefit’.

Scurrilous and baseless lies are circulating on social media that the land belonging to farmers will be taken away by corporate entities. The laws specifically provide layers of protection for our farmers, giving them legal safeguards to counter any unwarranted claims of corporates. Furthermore, we have clearly stated in the laws that such acquisition or leasing of land of our farmers will not be allowedin any case. Our farmers are the stewards of land, soil and forests and land is truly like their mother. They have dedicated their lives, blood and sweat to its care. Their mother is safe. We won’t allow anyone to come and take their land from them.

The corporations today have a vast array of sectors they can work in, and agriculture is certainly not the most profitable of ventures today. So to say that corporations will come in and make a lot of money on our farmers’ expense is ridiculous. We need corporations in our agri supply chain for the value they will add in terms of testing of inputs and products, scientific approach to produce outputs and creating access to essential infrastructure while helping build rural resilience which is critical for our future generations. By way of example, in Kenya, Unilever is working with the Kenya Tea Development Agency Ltd (KTDA) to build resilience and empower marginal land holders economically. Do we not need many similar initiatives in Indian agriculture?

The Amul co-operative success has shown that despite the fragmented small scale producer system that might be present in a sector, people can come together to create a raging success story. Today, Amul is not just producing milk, but much of its revenue comes from processed foods exported worldwide. This is the kind of success story we want for our farmers through these reforms.Our government has created 10,000 Framer Producer Organizations which bring small and marginal farmers together and give them access to social capital, information and negotiating power.

Several other steps have been taken in the same direction. Prime Minister launched the 100thKisan Rail from Maharashtra to Bengal where farmers can send their 50-100 kgs produce in cold chain coaches. TheRs 1 lakh crore Agri- InfrastructureFund has been created so that there is access to capital to build essential infrastructure space like warehouses, cold stores, sorting, grading and packaging units, rural marketing platforms, e-marketing units, etc.

TheKisanSamman Nidhi (Rs 1,10,000 crore have already been paid under this) supportsour farmers and alleviates subsistence issues while protecting their dignity, which used to cause severe distress to our small and marginal farmers.

We created a robust crop insurance mechanism,the Pradhan MantriKisanFasalBimaYojana which has paid Rs. 87,000 crores as insurance to farmers against a premium of Rs 17,450 crores.

We have known Punjab and Haryana to be the granaries of India. They account for around 30% of the national food production and around 70% of our MSP procurement happens from these states.A 2018 study by the National Bank for Agriculture and Rural Development showed that 52.5 per cent of all agricultural households were indebted, with an average debt of $1,470. At the same time, 30% of the crops produced continue to get wasted due to a lack of proper cold chain infrastructure required to safeguard the perishable produce. Additionally, the agriculture sector remains immensely fragmented due to many intermediaries, who often have huge margins.

PM Modi Ji, who constantly draws inspiration from the Sikh Gurus may be seen to be following the 38thPauri of Japji Sahib. He strives to be the goldsmith, who with total sincerity of purpose, purity of heart, patience and strong will power seeks to mould the gold of agriculture into beautiful ornaments for the welfare of our farming brothers and sisters. He aims to put more money into their pockets, to rid them of debt, open new avenues of wealth generation and employment and to use every economic actor including the corporate sector for their benefit.

Our hard-working farmers can turn our agriculture intensive states into the granaries of the world. The agricultural reform laws intend to create the right ecosystem to support them, guide them and make them Atmanirbhar. 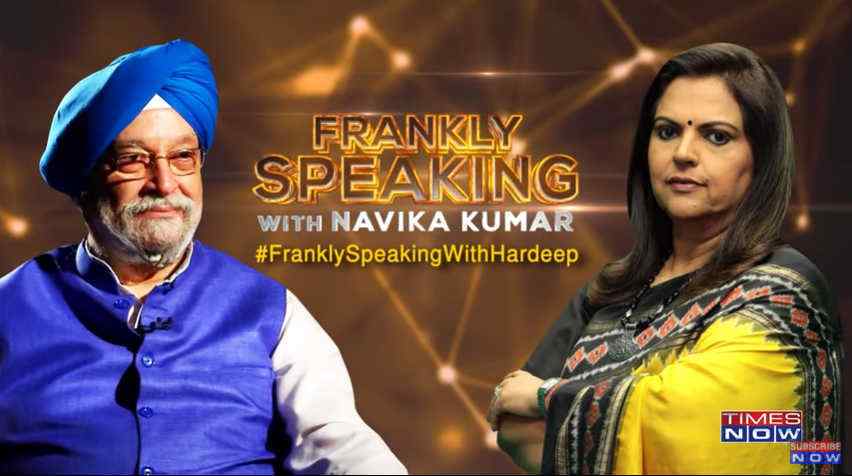